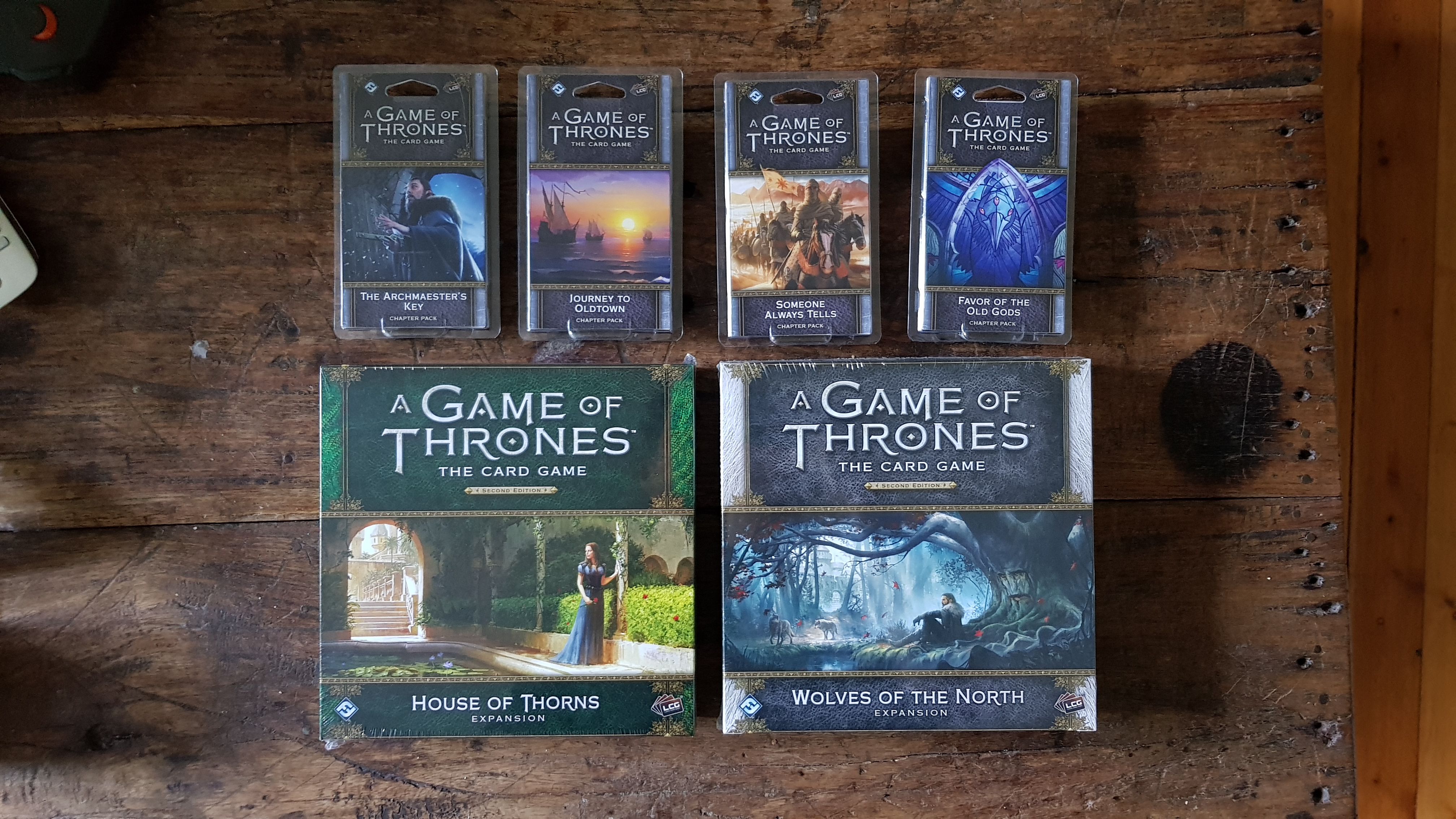 Turns out that coxy spent a bunch more money on a whole lot of Game of Thrones cards.

I don’t plan on turning this whole blog into a complete geek-fest, but excuse another post about A Game of Thrones: The Card Game.

Recently, I wrote about completing the Blood and Gold set of cards after buying three more packs. I had my sights set on completing the next set; the Flight of Crows release.

One evening, not long after pay-day, I decided to throw a bunch more cash down on A Game of Thrones: The Card Game. After all, it provides hours and hours of entertainment in our house.

I bought four more Chapter Packs to complete the Flight of Crows release. Then I splashed out on two Expansion Packs – House of Thorns (House Tyrell) and Wolves of the North (House Stark).

Whilst I’ve owned them for over a week now, I’ve been too busy to play. Looking forward to an evening indoors and playing with all the new cards soon.

A (Card) Game of Thrones

How I managed to turn around Oldham Athletic’s season